Witches Knickers, a selection of 23 comic poems, written by Rotarian Steve Blakesley – stimulated to publish a book of some of his poems and to donate profits from the sale to North West Cancer Research following a diagnosis of lymphoma, a cancer of the lymph glands, in his daughter Pascha, at the age of 29. She is now free of cancer and is following a very active career path. Through support of his Rotary colleagues the book has so far raised a profit of £2000 which was donated to NWCR at a recent Rotary meeting 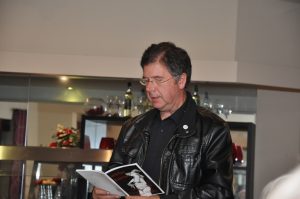 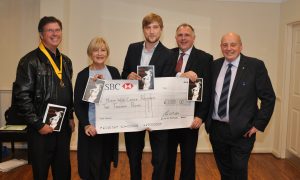